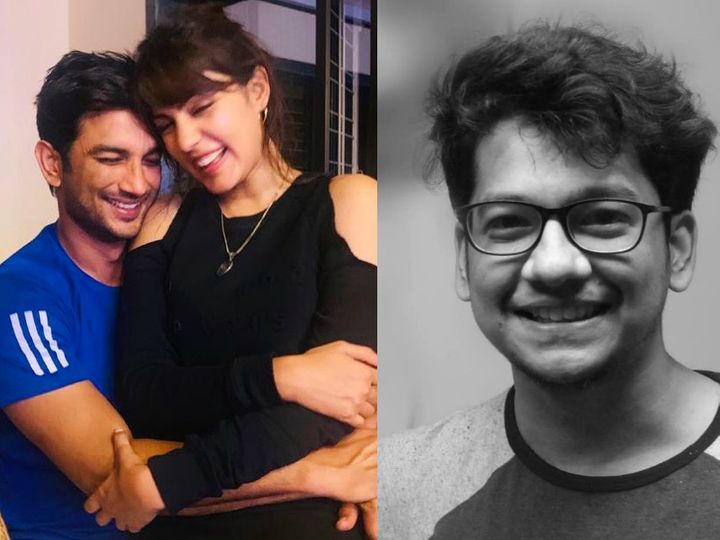 For the last two days, the news was in the news that Riya Chakraborty had come to meet Sushant on the night of 13 June. But now it is clear that this is completely untrue. This has been revealed by Sushant’s manager Siddharth Pithani. Siddharth was in Sushant’s house till 14 June i.e. the day of his death. Not only this, Siddharth was allegedly the first to find Sushant hanging in the room.

Significantly, in Mumbai, BJP secretary Vivekananda Gupta claimed that an eyewitness had seen Riya at Sushant’s house between 2 and 3 on the night of 13 June. And Sushant went to his house to leave Riya. 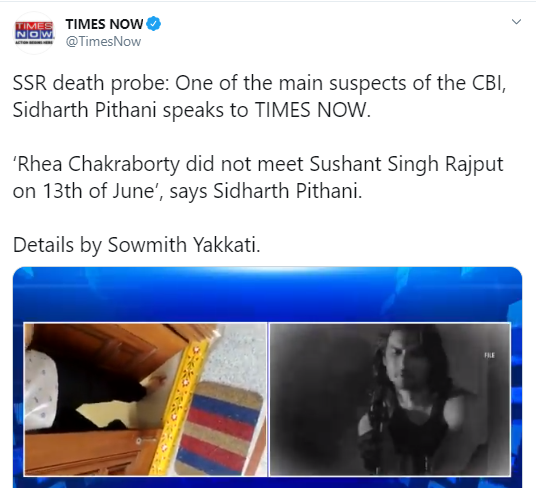 Siddharth Pithani is in Hyderabad

Siddharth is currently at his home in Hyderabad as reported by Times Now. When asked if Riya met Sushant on the night before his death. So Siddhartha rejected it outright. Siddharth had said the same in a statement to the CBI that Riya had left her house on 8 June. Riya also took harddrives, cameras with her. Whose passwords Riya knew.

Sushant’s sister Shweta Singh Kirti wrote about it a day ago on Instagram that – this is breaking news in every sense. Is a game changer. There is a witness who can confirm that the brother met Riya on the night of 13 June. What happened after the night of June 13, the next morning, he did not live.

Tamannaah Bhatia got hospitalized after testing positive for COVID-19

Theaters get assurance from the producers of Salman, Varun and Ranveer, the film will be released when theaters open in Mumbai