Theaters Get The Assurance From The Producers Of Salman, Varun And Ranveer, Movies Will Be Released In Theaters Of Mumbai, Ticket Price Will Be Reduced This Time 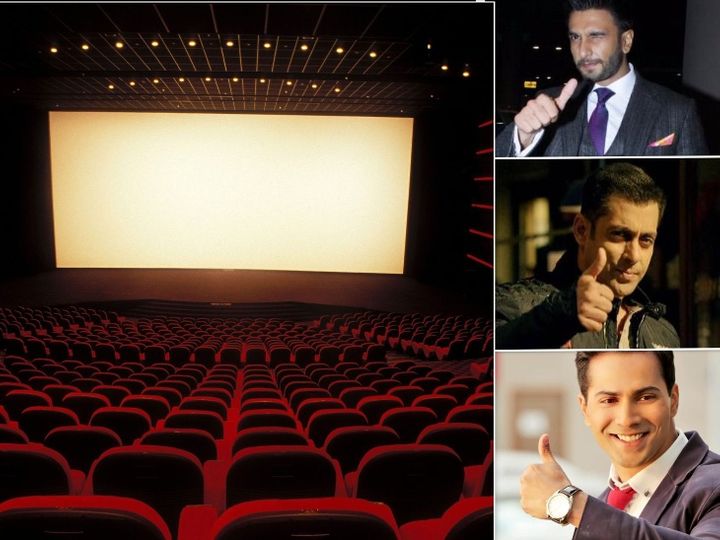 Cinematographers have received assurances from producers of films featuring Salman Khan, Varun Dhawan and Ranveer Singh. If the permission to open cinema halls in Mumbai, Tamil Nadu, Delhi and Andhra Pradesh Territory is also received, then their films will be released in theaters. At present, permission has not been received from the State Government in these terrains. In this regard, the cinema operators of these places have held an emergency meeting with the art and culture ministers of their respective states. It has been argued that when the permission to open restaurants, malls and bars has been received, why is the theater stopped when it opens?

Mumbai’s Territory alone brings 25 per cent of the box office’s collection. Without opening here, big budget films like Suryavanshi will not be able to recover their cost and profit. When there was no lockdown, the Maharashtra government allowed the opening of a 24-hour cinema hall.

Old 3D movies will be shown in the beginning

Theaters will also initially bring four five-year-old films, especially 3D-version films. For example films like ‘Bahubali’, ‘Shivaay’, ‘Tanhaji’. Apart from this, surveys are being conducted in big cities. As soon as the cinema is allowed to open, romantic, horror, action, comedy genre films will be released in those cities according to the mood of the people. Where Cult films will be in demand, they will be released.

Kunal Swane, Senior Vice President, Carnival Cine Chain, also shared the cinematic preparations in a special conversation with Us. He said, ‘We are waiting for the government guidelines. So far, we have received permission to open theaters in UP. Permissions have also been granted to open cinemas in Gujarat, Karnataka, Uttarakhand. We are also talking to the Chief Ministers of other states.

Special facilities will be available in cinemas

Thinking of reducing the ticket rate. We will give lots of offers to the customer. All theaters are training their staff regarding Kovid security. Then they will have their test, seat cleaning will also be on the war level, all the food we are eating, we are ordering new, making cash points to cash points, leg handle will be used to open the door.

Ticket prices will be lower

Three to four offers are being considered on tickets and food. He will be officiated by Tuesday. Tickets will also be rated very low. That is because the new big movie is not released recently. The average ticket price will be Rs 125. He will just keep on doing cinema by cinema and show by show. However, the government has not allowed to cut entertainment tax. If there was a single popcorn of 250 rupees, now we will take out the combo. That is because PopCon will no longer be shared. Small size popcorn and cold drinks.

Scanning machine and sanitizer will be installed at the entry gate

Trying new ways on cinematic entry. We are working on two types of machines. One is that the ticket will be scanned in the machine itself, which will have been sent on your mobile. The hassle of print tickets will be over. The same machine will provide you with a sanitizer in addition to the scanning. The guard will also be appointed there. With Proper Mask and Gloves. Without a mask, we won’t even allow the audience.

Temperature will be controlled in the theater

Sanitizer will be everywhere. Everywhere from entry to cafeteria, washroom, box office, etc. The walls will also be touching, the sanitizer will also offer there. Theaters are also doing a lot of work on Fresh Air as well. We will also keep the room temperature under control. More work is being done at the back office.